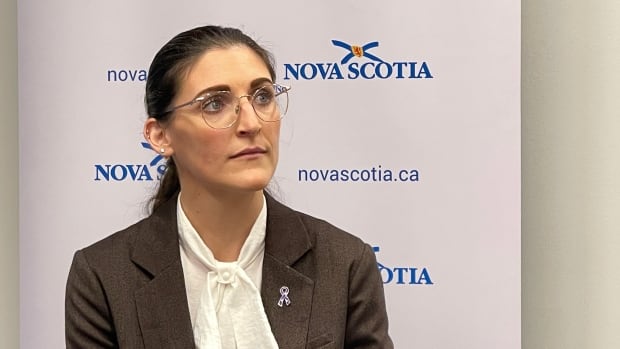 A long-overdue information technology system for learning in the Atlantic provinces and Manitoba is nearing completion and will go live in 2022, four years behind schedule.

The apprenticeship management system is presented as an online portal that will allow employers and apprentices from participating provinces to log in and track working hours, apply for training and associated exams.

This has seen its fair share of problems and delays, according to a backgrounder prepared for Jill Balser, Minister of Labor, Skills and Immigration for Nova Scotia. Its ministry is the responsible ministry for the provinces of the project.

â€œWe know there have been concerns that have been raised and we cannot ignore it,â€ Balser said. “But we can go ahead and be able to resolve them and continue to make sure this program is ready to go.”

When the five-year, $ 11 million learning management system was announced in October 2017, it was expected to be operational by the end of 2018, according to a press release from the Government of Nova Scotia.

The briefing prepared for Balser noted that ABM Integrated Services was already “significantly behind schedule by 2018”.

Concerns about the project

“There is a risk that ABM will stop working on the project without additional funding,” said the briefing note prepared for Balser when she assumed the portfolio after the change of government in August.

Department spokeswoman Monica MacLean said in a statement to CBC News that the contractor had “made no threat to withdraw from the project.”

â€œThis is simply a risk identified by the project partners – a function of good project management. Together we remain committed to completing the system, â€said MacLean.

Nova Scotia IT company Mariner has validated that the vendor’s security solution will be effective, MacLean said.

Mariner will complete the Nova Scotia Risk and Threat Assessment prior to commissioning the system in the province. These costs have been included in the overall budget.

In a statement, Craig Lynk, president of ABM Integrated Services, said he could not speak to the details of the contract: â€œI am very proud of the work we are doing with the provinces to develop an IT solution that supports apprentices and employers.

Some 500 defects were identified during the initial user acceptance testing and 281 were rated as high or critical.

These have all been fixed and Balser said there were only 10 flaws left.

The province expects the program to complete its “basic construction” phase this month.

â€œThe deadlines are set and we will have an implementation by 2022,â€ Balser said. “Knowing again that there were issues identified, we worked with the contractor to resolve them and I am very confident that we will be able to respond to this implementation.”

Employers and apprentices in Nova Scotia were to be the first to use the apprenticeship management system.

Newfoundland and Labrador, New Brunswick and Prince Edward Island are expected to follow.

The backgrounder says Manitoba pulled out of the project in February 2021 because it was unable to secure additional money to cover cost overruns. Balser said Manitoba is now participating.

â€œA project of this size has a lot of complex parts,â€ she said. â€œThere are many jurisdictions involved, all of the Atlantic provinces including Manitoba, so there are various needs that need to be met. So we made sure to work together collaboratively to achieve the goal by 2022. â€

The ministry statement said each province, including Manitoba, “will determine when, how and if it will implement the system.”

There are still a number of missing parts, including a service level agreement to support long-term maintenance of the system. This must be signed before the system is implemented.

Nova Scotia has yet to approve the commodity. This will happen, he said, once all issues are resolved, including ongoing software upgrades.

Provinces have yet to find a host for the AMS web platform as the consortium withdrew from hosting in December 2020.

A call for tenders is being prepared.

“We believe in this project”

The annual estimates were compiled from the backgrounder obtained by CBC News.

â€œWe have a collective agreement with all regions of the Atlantic, including Manitoba, on this project,â€ she said. â€œWe believe in this project. We want to modernize the learning management program and it will bring learning to the same level as post-secondary institutions.